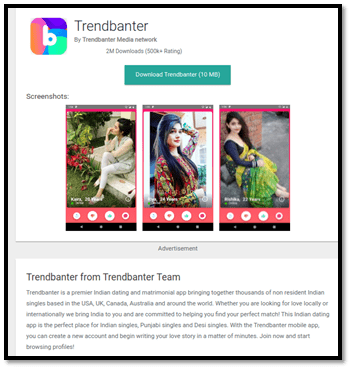 Cyber and 360 Core Security Lab discovered active spyware campaign that is mainly targeting Indian military personnel. The spyware campaign has been active since January and detected in dating and instant messaging apps. According to researchers, the recent version of PJobRAT spyware was first observed in December 2019.

Researchers detected that this recent variant is disguising as a dating app known as Trendbanter, as well as the Signal app, for non-resident Indians. The spyware mimics other apps to fool unsuspecting users. Moreover, through third-party app stores and other mediums, including malicious URLs and SMS, the attackers had accomplished their propagation goals in which they distributed multiple spyware.